What is the Origin of Himalayan pink salt 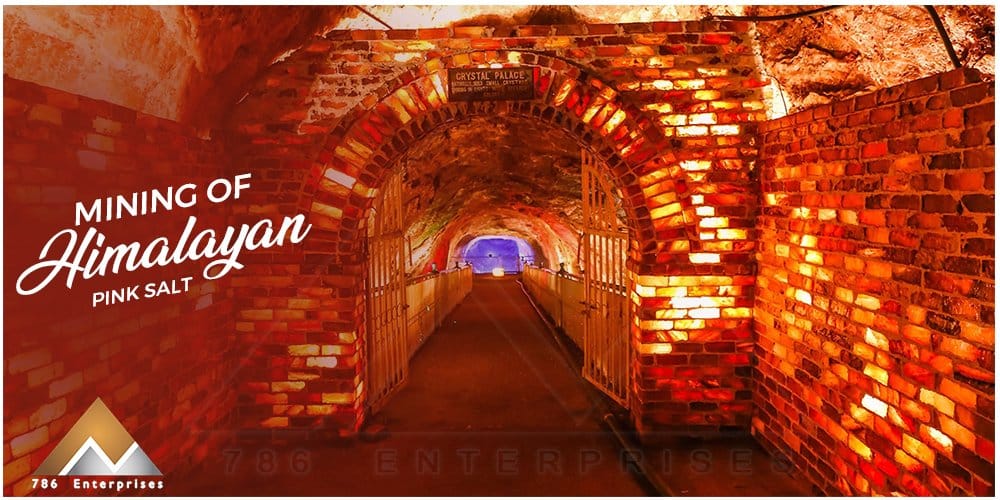 Himalayan pink salt is the most genuine and pure kind of salt known today. It is becoming more popular in the world for its exceptional qualities, and the number of people substituting the common table salt with Himalayan salt is escalating faster. It is the most popular kind of salt because of its taste and health perks. Rock salt comes by the extraction with hands. Unlike many other types, it is not chemically bleached and has no anti-caking agent.

The Himalayan pink salt from Pakistan has an ancient history as old as 300 million years when the salt dissolved in the oceans. Over time, the oceans dried up, leaving behind the deposits of salt in the form of rocks. Since then, the Himalayan salt has conserved its purity and mineral content. It remained covered by a blanket of mountains. The salt has a pink to red or a light orange hue, indicating the presence of minerals in it. The ancient people used this salt to preserve their food like meat and fish. The salt had a wide application as a food additive. Additionally, it was named “gold salt” by chemists. The Himalayan salt got the name “King Salt” due to its great qualities.

Himalayan salt (halite) is the salt that comes from ancient deposits. These deposits remain covered by the mountains until  Alexander The Great discovered them around the year 326 BC.

The large-scale mining of the Himalayan pink rock salt began in the 16th century by the Mughal Emperors. Centuries after the discovery of Himalayan rock salt crystals, the Mughal emperor Jalaluddin Muhammad Akbar initiated salt mining in Khewra. At that time, the mining was done on a small scale by the local people. The trade of salt started during the reign of Emperor Akbar.

A British engineer introduced an excavation model in 1827 named Room And Pillar. The method also provided the base of modern mining and harvesting of salt.

The skilled workers extract the Himalayan salt from the salt mines in Pakistan with the hand harvesting technique. This technique does not harm the nutritional content of the salt.

The Himalayan rock salt crystals come from red-brick hills that rise from marshes in Khewra, approximately two hours from the capital city, Islamabad, Pakistan. The salt crystals are naturally pink in color

It is much pure and natural than table salt and is minimally processed and hand-extracted. The hand extraction or mining makes it free of additives and also an unrefined product.

Salt Mining was once a small industry in Pakistan. But today, it has boomed a lot. the country exports some 400,000 tons of salt every year.

786enterprises source the salt from the mines located in the Khewra. We have developed reputation and trust with our exclusive partnerships with our workers. We provide the best facilities to our miners to make them manually extract the salt from the mines. Pakistan Mining Development Corporation oversees the mines. We follow all the rules and regulations given by the corporation to ensure that we are not involved in any child or forced labor. Also, we provide fair wages, medical care, and education to our miners and their families.

Procedure of Explosives in The Mining Of Pink Himalayan Salt?

We are proud that we do not use explosives for the extraction of Himalayan rock salt crystals from the salt mines in Pakistan. This is because the explosives usually damage the structure of mines and reduce the nutrients of the salt.

We harvest Himalayan salt using the Hand Extraction method. This method supports the safety and well-being of the mines. We apply the Room and Pillar technique that ensures we mine 50 percent of salt in each room within the mine. The remaining 50 percent is there to support the structure of the rooms and mines as pillars.

We do all the mining of Himalayan pink salt with traditional, manual established methods. The hand extraction is a slow process as compared to the explosives. But we prefer to save the structure of mine by not using explosives. We make sure that we do not damage plants or wildlife during the mining of salt.

After mining, we transport the salt to our facility to remove impurities from it. We have a multi-step process to remove the contaminants from salt to bring it in its purest form. We do not use any kind of chemical or bleaching agents to prevent the lumping of salt. 786 enterprises believe in providing the best quality Himalayan rock salt crystals from the salt mines in Pakistan.

When it comes to the variants, the Himalayan salt comes in different grades and variants. There are many grades of salt depending on the use, harvesting technique, processing, and packaging.

← Prev: Himalayan salt shot glasses - Its cleaning and care Next: himalayan salt grain & what you need to know about it? →

Magnesium sulfate, also known as Epsom salt, is a pure mineral compound with many applications. This natural mineral... 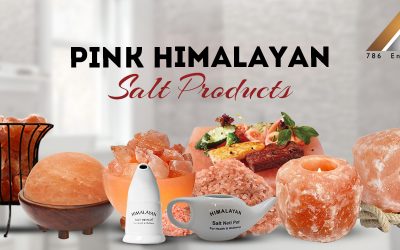 Pink Himalayan salt products that you must need at home

Pink Himalayan salt is a natural mineral that not only seasons and flavors up your dishes but is also available in the...